The White Bear Lake Area Historical Society connects the community to its past, fostering an understanding and appreciation for White Bear Lake history. Keep up to date with monthly events, library lectures and tours throughout the year by signing up for their newsletter or watch our Family Fun Calendar for the most family-friendly events.

White Bear Lake was once a popular resort town (complete with an Amusement Park) and the Fillebrown House is an example of an 1870s lakeside cottage. Located at the corner of Lake and Morehead Avenues, White Bear Lake Area Historical Society uses the house for tours and community events. Tours are available during the summer months on select Saturdays.

… and the White Bear Town Hall

The White Bear Town Hall was designed by Minnesota architect, Cass Gilbert, who also designed the Minnesota State Capitol. You can read more about Gilbert below. Built in 1885, this building was still used for Town Board meetings up until 2011. It is currently being restored by the White Bear Lake Area Historical Society and will be used as an historical interpretive center.

The following information has been reprinted courtesy of MNopedia and its author Kate Robertsunder a Creative Commons License and may be reprinted under the same license. 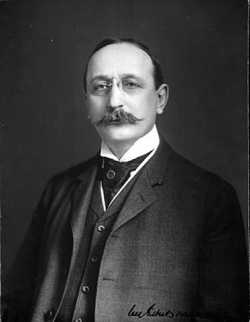 One of America’s first celebrity architects, Cass Gilbert is best known as the architect of the Woolworth Building in New York City. Completed in 1913, it was a pioneering design—a soaring steel frame clad in a lively, neo-Gothic shell. Gilbert might not have received this plum commission, however, were it not for one of his earlier designs—the third Minnesota State Capitol, commissioned in 1895 and completed ten years later.

Born in Ohio, Gilbert moved to St. Paul as a boy. When he was seventeen, he dropped out of school and joined a local architect’s office. He later completed his architectural studies at the Massachusetts Institute of Technology and then, like many of his peers, took a grand tour of Europe, where the classical styles so much in evidence were to shape his designs throughout his career. Returning to the United States, he worked with the prestigious New York firm of McKim, Mead, and White until 1884, when he established a practice in St. Paul with James Knox Taylor.

Gilbert designed a number of office buildings, churches, and Summit Avenue houses before receiving the State Capitol commission. His design expresses the best of the Beaux Arts tradition—a grand, stately image for a state coming into its own. The building’s placement on Wabasha Hill (known today as Capitol Hill) near downtown St. Paul was within viewing distance of the future site of the Cathedral of St. Paul, forming a pairing of church and state that dominated the St. Paul skyline.

The Capitol’s design attracted national attention, and in 1899 Gilbert received the commission for the US Custom House (now the George Gustav Heye Center) in New York City. Gilbert soon moved his practice to New York City, but he remained keenly interested in his largest Minnesota project and stayed involved in the smallest details regarding furnishings and landscaping: “The miscellaneous correspondence” about the project, writes historian Neil B. Thompson, “sounds a bit like the private conversations of a young couple furnishing their first home.”

Minnesotans flocked to the new Capitol when it opened on January 2, 1905, and have viewed it with pride ever since. Gilbert’s artistic vision and attention to detail have paid off.