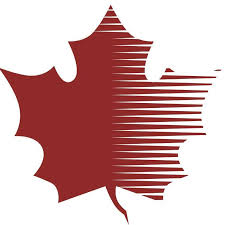 Located across Fernbrook Lane from the Maple Grove Arboretum, Lakeview Knolls Park is a 15 acre Maple Grove park. Family-friendly amenities include a playground, walking paths and sports courts and fields. The city and school district are currently working together on a Nature Play Area for Arbor View Early Childhood Center, which is located adjacent to Lakeview Knolls, just across Fernbrook from the Arboretum. The play area will be designed for younger kids – up to age 8. It will be on park property and be open to the public during non-school hours. This play area will have a mud kitchen designed to look like a giant bird’s nest as well as the features we have come to expect in nature playgrounds:

Although, as of February 24, 2021, the city’s website has not updated progress, the school district’s Facebook page has pictures suggesting the playground is complete.

Not the Lakeview Knolls Park You Are Looking For?

Who would have thought there would be two parks in the Twin Cities with the name Lakeview Knolls. There is. And, they are on opposite sides of the metro, a good 45 minutes apart, so you don’t want to confuse them. If you are looking for Lakeview Knolls Park in Woodbury, click here.