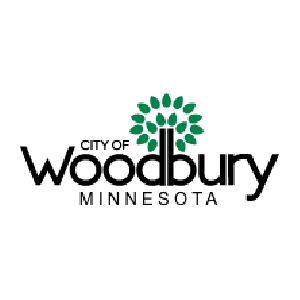 Oehlke Park (pronounced “El-Key” Park) is a developing Woodbury Park that is currently in the building stages. The park will serve the Copper Ridge neighborhood the southeast area of Woodbury. It will not offer off-street parking, but it will have screened space for portable toilets. Find the Oehlke Park Concept Plans here.

The main playground, which was installed in spring of 2019, is open for play. It has a woodland theme with a tree top tower feature that kids really love. Umbrellas create shade on the equipment. Woodbury uses wood-chip flooring in its parks. There is a separate nature-themed playground with nets and equipment that resembles rocks and logs for climbing and exploring.

The plan for this park includes the following amenities, some of which are finalized and others will be added later.

Our new favorite playground reviewers, Carson and Ethan, have done a video review of this playground.