In the Heart of the Beast Puppet Theatre (IHOB) has hosted the MayDay Parade and Festival since the 1970s. During the last few years, IHOB and the MayDay festival have been undergoing changes and the festival has been cancelled. We hope to see a return in 2022 and can’t wait to see what the new MayDay Council has in store in the coming years. However, IHOB has shared that they plan to host decentralized MayDay events when they bring it back in 2022. We will share more information here as it is announced.

In the meantime, Gianna shared her experience in 2014:

What is the MayDay Parade & Festival?

If you had read Anne’s Favorite First Year Finds article about 5 things she wanted to make sure she did with her family after her first year with Family Fun Twin Cities, you’ll recall that on the top of her list is the In The Heart of the Beast Puppet and Mask Theatre’s MayDay Parade. 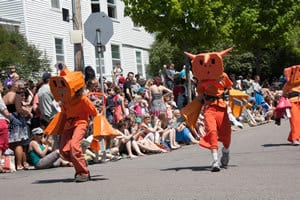 And if you are like Anne not having made it in the past, then you will want to pay close attention.

The Parade is traditionally the first Sunday of May (unless its rained out, see below) and is followed by a MayDay Ceremony and Festival. Sure the weather is likely to feel like a balmy 40 degrees, and you may not want to venture out without a parka, but if there was ever a time to celebrate spring, I think now is perfect.

Each year the MayDay Parade and Festival has a different theme

Each year a new theme is selected and the public is invited to participate in community workshops during the month of April to help build floats to promote this theme.

The parade begins at noon and follows Bloomington Avenue from 25th Street to 34th Street ending at Powderhorn Park with an exciting ceremony and  festival beginning at 3:00 pm. 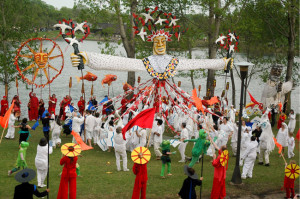 Keep in mind the weather.

If it is rainy, it will be postponed. How do I know this? Because the one year we made a point to get to Powderhorn Park for the festival, we were sorely disappointed that it was empty due to the rain and we were unable to make it the next week when they had rescheduled it. If the weather seems iffy, make sure you check in on their website. This year, the rain date is scheduled for Mother’s Day Weekend.

So no, I have not been able to attend this awesome experience either. Don’t be like Anne or me! Go!

If you go, please leave your pictures and your thoughts on our Facebook page or share them here in the comments. It would be great to know what you thought – especially as the future of this event hangs in the balance. 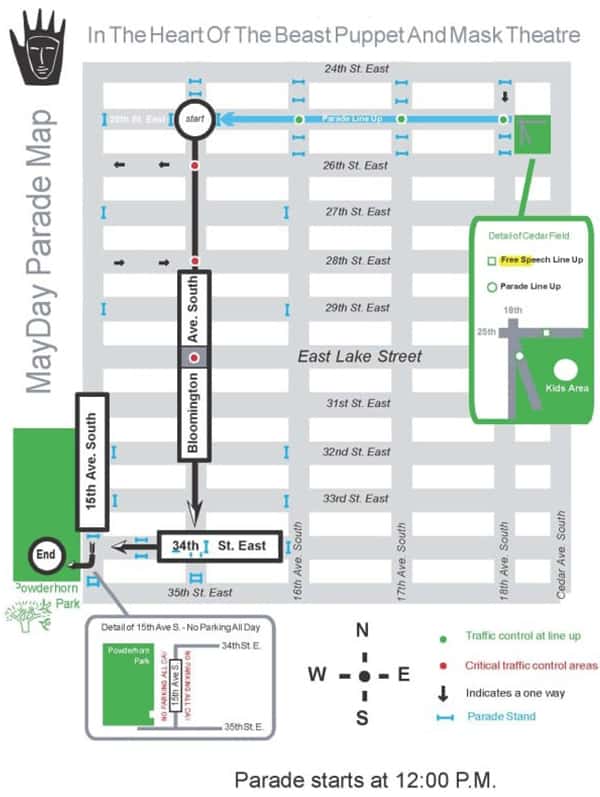 This article was originally written in 2014 but has been updated with 2019 information. We are adding updated  information as it emerges.